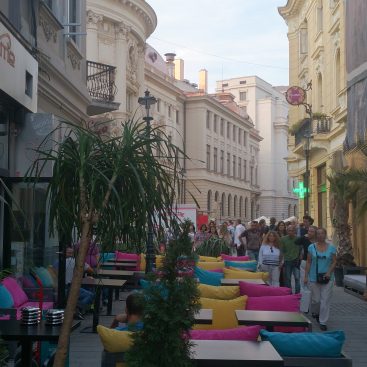 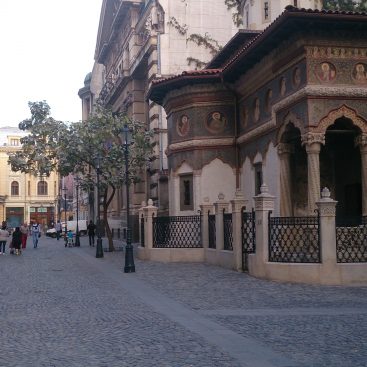 Known for its wide, tree-lined boulevards, glorious Belle Époque buildings and a reputation for the high life (which in the 1900s earned its nickname of “Little Paris”), Bucharest, Romania’s largest city and capital, is today a bustling metropolis.

Bucharest has changed a lot lately, and today it has become a very interesting mix of old and new that has little to do with its initial reputation. Finding a 300 year old church near a steel-and-glass building that both sit next to a communist style building is commonplace in Bucharest. Bucharest offers some excellent attractions, and has, in recent years, cultivated a sophisticated, trendy, and modern sensibility that many have come to expect from a European capital

Visit the magical bookstore in Old Center Bucharest named Carturesti Carousel which is an outstanding architectural jewel. It’s more than a bookstore; it’s a place for socialising and for artistic discoveries. It hosts also a bistro, an art gallery and a media centre.

Party all night in the clubs and pubs from Old City Bucharest. It’s a city that never sleeps.

Visit Therme Bucharest, the biggest wellness, relaxation and entertainment centre in Europe opened in 2016! Here you have thermal water and a constant temperature of 30 degrees all year long.

Must Sees in Bucharest

Parliament Palace – Due to its immense physical, psychic and historic stature, is perhaps the most controversial building in Romania, an extravagant and expensive building project. Claiming superlative as the world’s second-largest building by surface area (after the spacious US Pentagon), the palace boasts 12 stories, 1,100 rooms, a 328-ft-long lobby and 8 underground levels, including an enormous nuclear bunker. The interior is a luxurious display of crystal chandeliers, mosaics, oak paneling, marble, gold leaf, stained-glass windows and floors covered in rich carpets. Nowadays it hosts the Romanian Parliament, a conference center and a museum.
Old City (Lipscani Area) – a lively part of the city which used to be a trade center between 15th-18th centuries.The area today impresses with an assortment of buildings in Renaissance, Baroque, Neo Classic architecture, ruins of the Wallachia’s princes’ medieval court, churches, bank headquarters, a few hotels, clubs, restaurants and shops. Narrow cobblestoned streets retain the names of the ancient guilds that resided on them. The area was mostly renovated and is now a place of gathering for the young generation of the city.

The Arch of Triumph (Arcul de Triumf) – Situated in the northern part of the city, close to Herăstrău Park. The current arch was inaugurated in 1936, but on the same site other arches stood starting with 1878.

Romanian Atheneum – A beautiful building situated near Revolution Square (Piaţa Revoluţiei) is home of the George Enescu Philharmonic. If you have the time, visit the interior of the building as well, as it holds a fresco that depicts scenes of the Romanian history. The building was inaugurated in 1888

Village Museum – one of the world’s most interesting ethnographical parks in open air. Founded by royal decree in 1936, this fascinating outdoor museum, the largest in Europe, covers some 30 acres on the shores of Lake Herastrau in Herestrau Park. It features a collection of 50 buildings representing the history and design of Romania’s rural architecture. Steep-roofed peasant homes, thatched barns, log cabins, churches and watermills from all regions of the country were carefully taken apart, shipped to the museum and rebuilt in order to recreate the village setting 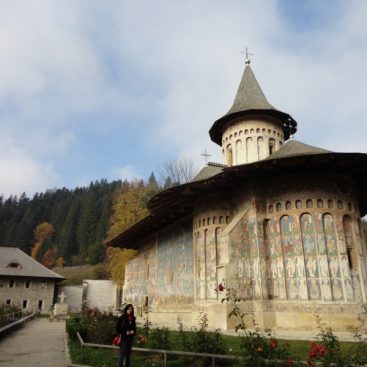 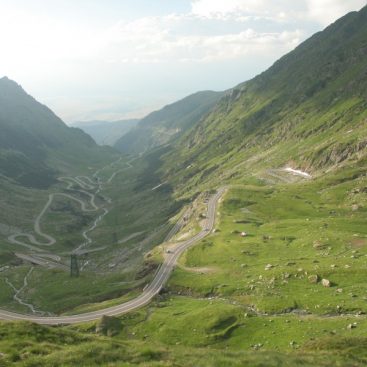 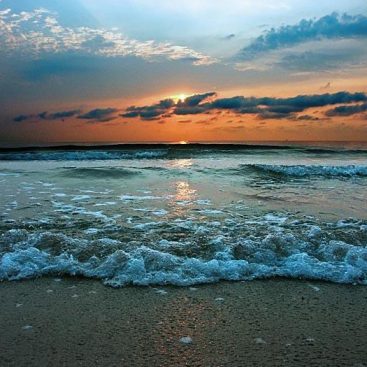